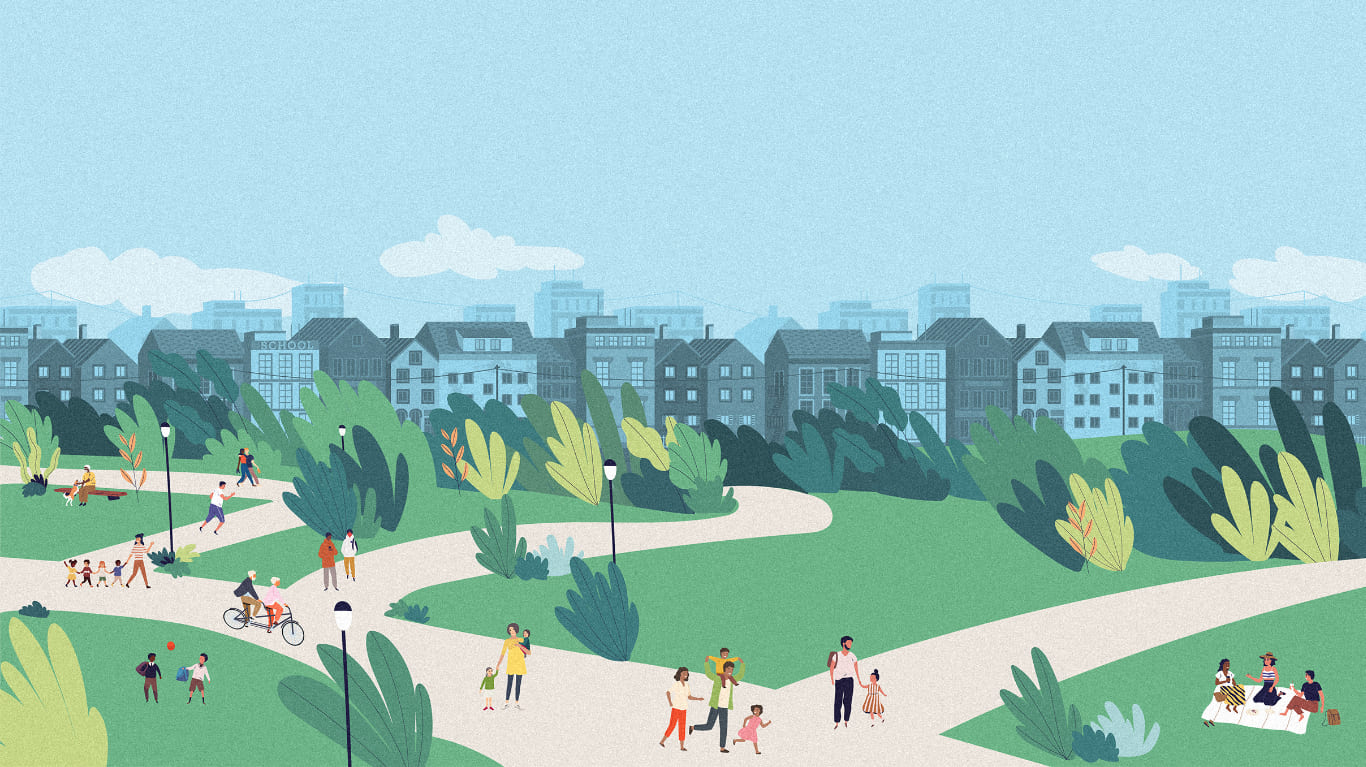 We Must Find Common Purpose

More than a year ago, I launched this blog with three questions about the work of nonprofits, philanthropy, and government:

1.Are we making enough of a difference?

2. Are we making the right kind of difference?

3. To what end? Does our work produce the outcomes we ultimately aspire for people to achieve?

Today, I announced that I will be stepping down as CEO of Root Cause after founding the nonprofit consulting group more than 15 years ago (I’ll remain a senior advisor). I’m doing so to launch Finding Common Purpose—a new national, nonpartisan think tank (with the same name of this blog and podcast) that advocates for putting people first and reframing success through a new social contract for the 21st century between institutions and the people they serve.

People have lost trust in our institutions, and the foundation for this new social contract to rebuild that trust is the Pathway to Lifelong Success I have been writing about, from a healthy birth, to a quality education, to finding and keeping a good-paying job, and to healthy and secure aging.

Ultimately, a new social contract must meet the basic needs of everyone in the richest country in the world and continually reduce disparities throughout the United States at every point along that Pathway.

I’ve written in the past about the complex web of hundreds of thousands of nonprofits and government programs, countless school models, thousands of foundations, 37-million-plus volunteers, and 56 million-plus donors spending trillions of dollars that I and others refer to as the Nonprofit Industrial Complex. The response during the pandemic has shown that organizations that comprise this self-perpetuating behemoth are essential because of what they do. But it has also shown that whatever we are doing, it’s not working.

History has shown, though, that most change in the United States begins at the local level. This is particularly true today, given the polarization that has grown to unimaginable levels in Washington. It is in cities and rural areas across our country that we’ll see new ways of operating that put people first. We must ensure that these bubble up to become policy at the state and national levels.

The good news is that this is already happening. Finding Common Purpose has found local efforts, almost of all of which are less than a decade old, that are building this new social contract. We’ve identified hundreds of local groups across 44 states and 12 networks—some of which we’re already working with—that have begun to do things in ways quite different from how the Nonprofit Industrial Complex has typically functioned over the decades it has been built up. They put people and the outcomes they seek first. They are building strong, trusting relationships between the community and the public, private, and nonprofit sectors, with a commitment to the critical importance of making sure community voices are heard. They concentrate on ways to facilitate these sectors working better together. They also help organize how money is raised and spent, which decreases the false “competition” on the resource side and makes funding much more efficient and effective.

These groups work as parts of dynamic networks in geographic locations where they can really focus on outcomes and be transparent and accountable for making a measurable difference—which gives them a chance to answer the to what end question. They are solidifying local social contracts and proving themselves essential to managing the complex web of systems and programs that now exists in every town, city, county, state, and at the federal level. Some call it collective impact, and there is no doubt there are similarities, but what strikes me as unique is the focus not on a model but on people. And that focus plays out through the lens of a progression from one stage of life to the next, along with a recognition that meeting basic needs is the prerequisite to making progress along that Pathway and that any progress must reduce disparities.

I wrote about some of these groups in a blog post back in April 2019. I recently went back to some of their leaders to see how they have responded since the pandemic and all the anti-racism protests began. I was really pleased to learn that the trusting relationships they’ve built have led to their communities turning to them to go through these challenges together.

Paul Reville at Harvard University’s Education Redesign Lab shared with me that communities are turning to the several dozen Children’s Cabinets they work with as places to shape communications strategies, coordinate delivery of vital services, gather data on needs and gaps in support, and host difficult conversations on sensitive issues that threaten to divide communities. Chattanooga-Hamilton County, for example, has been using its Children’s Cabinet as a de facto “situation room” to coordinate its child- and family-focused response to the pandemic. Jonathan Lowe, director of policy and systems for the Jefferson County (Kentucky) Public Schools, says the urgency and focus of the Covid-19 response effort have actually made the value of the Cabinet more apparent and helped give it a clearer shared purpose.

Annemarie Valdez from First Steps Kent in Grand Rapids, Michigan—part of the EC LINC network—described the childcare they’ve been trying to provide for essential workers, and said she’d learned that funders will step up in a crisis. Marsha Guthrie of Birth to 22: United for Brighter Futures in West Palm Beach, Florida, said all the relationships the group had developed across systems and sectors had made it “ready and poised for the changes”—and that they’re thinking a lot about post-Covid “social infrastructure needs.” Mike Hogg of Partners for Education in Berea, Kentucky—part of the Strive Together and Promise Neighborhoods networks—said that being prepared taught a lesson that “people are resilient and creative” and “need to think about each member of the community as a whole.”

These entities deserve widespread support and attention, and that’s what Finding Common Purpose will help spur. To help that process, we call them Pathway to Lifelong Success Initiatives so we can promote their work and connect them to each other.  As this multifaceted, necessary work is promoted and strengthened, it is critical that efforts spread quickly to create a groundswell that ushers in a new way of operating—one in which what matters most are the real outcomes of real people along a clearly defined Pathway to Lifelong Success.

Nations face key moments throughout their histories; for the United States, one of those times is now. In establishing a new social contract for the 21st century between institutions and the people they serve, we can rebuild trust one community at a time. The Pathway to Lifelong Success can be the foundation for that social contract that begins to move our country forward to find common purpose.

As I have done many times in the past, I want to leave you with a song. This one brings chills to me each time I listen to it: The World is on Fire, by American Aquarium. Be sure to check out the lyrics.